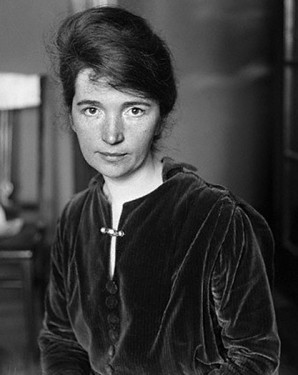 In the early 20th century the highly restrictive Comstock Laws made it almost impossible for American women to gain access to, or an understanding of, contraceptive methods. Arriving into the impoverished communities of New York city’s East Side, nurse Margaret Sanger saw women struggling with enormous families of children, the health ramifications of multiple births, and the horrors of back-alley abortions. This motivated her to act, starting a campaign of birth control advocacy that would form her life’s work. In the wake of the recent attacks on women’s reproductive rights in the U.S., the first of our two part episode looks at this controversial woman’s career, and the fundamental changes brought about by her life long work.