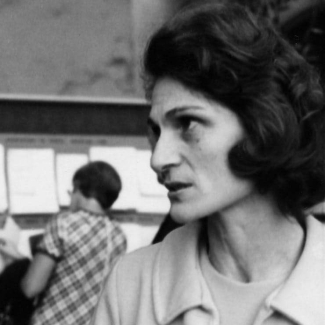 In part two of our look at the history of reproduction rights in America, we trace the life of Pat Maginnis: a grassroots activist who campaigned tirelessly to change America’s abortion laws. After two harrowing years spent working in an army hospital in Panama, it was Maginnis’ personal struggle to find safe and legal abortion providers in the U.S. that cemented her desire to enact change. Pounding the street corners of San Francisco, Maginnis and ‘The Army of Three’ helped thousands of women, while across the country grassroots organisations sprung up in a pushback that would eventually culminate in the landmark case of Roe v. Wade. Join us as we take a look at the life of just one of the many women who struggled for change, and whose legacy we fight to protect today.