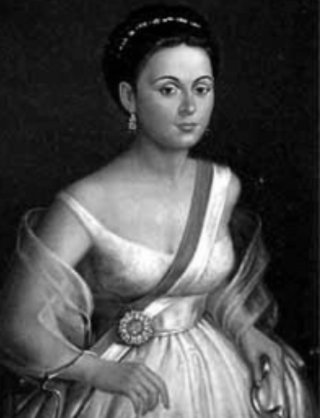 Known as the Liberator of the Liberator, Manuela Sáenz rose to prominence as the mistress of revolutionary hero, Simón Bolívar. A heroine in her own right, Manuela became a celebrated patriot, spy, recruiter and trusted informant of the revolution that saw the overthrow of Spanish rule in South America. But she was also infamous for her wild antics, from the strange battlefield trophy she’d wear to masquerades to the outrageous political stunts she’d pull at parties. Wherever Manuela went, controversy wasn’t far behind! Join us as we unfurl the patriot banner, evade an assassination attempt or two, and traverse the expanse of the newly liberated (though short lived) state of Gran Colombia!

If you’d like some more information on Manuela Sáenz, here’s some sources we used for the show: